Renowned for its palm tree-lined boulevards, ivy-covered Mediterranean style mansions and historical landmarks, the city of Coral Gables is not as bombastic as some of its Floridian counterparts such as nearby Miami, but few would accuse it of being short on character and charm. From the famous 1920s Venetian pool carved from a rock quarry, to the hugely impressive collection of the Lowe Art Museum, the city has enough of interest to keep visitors occupied for days. 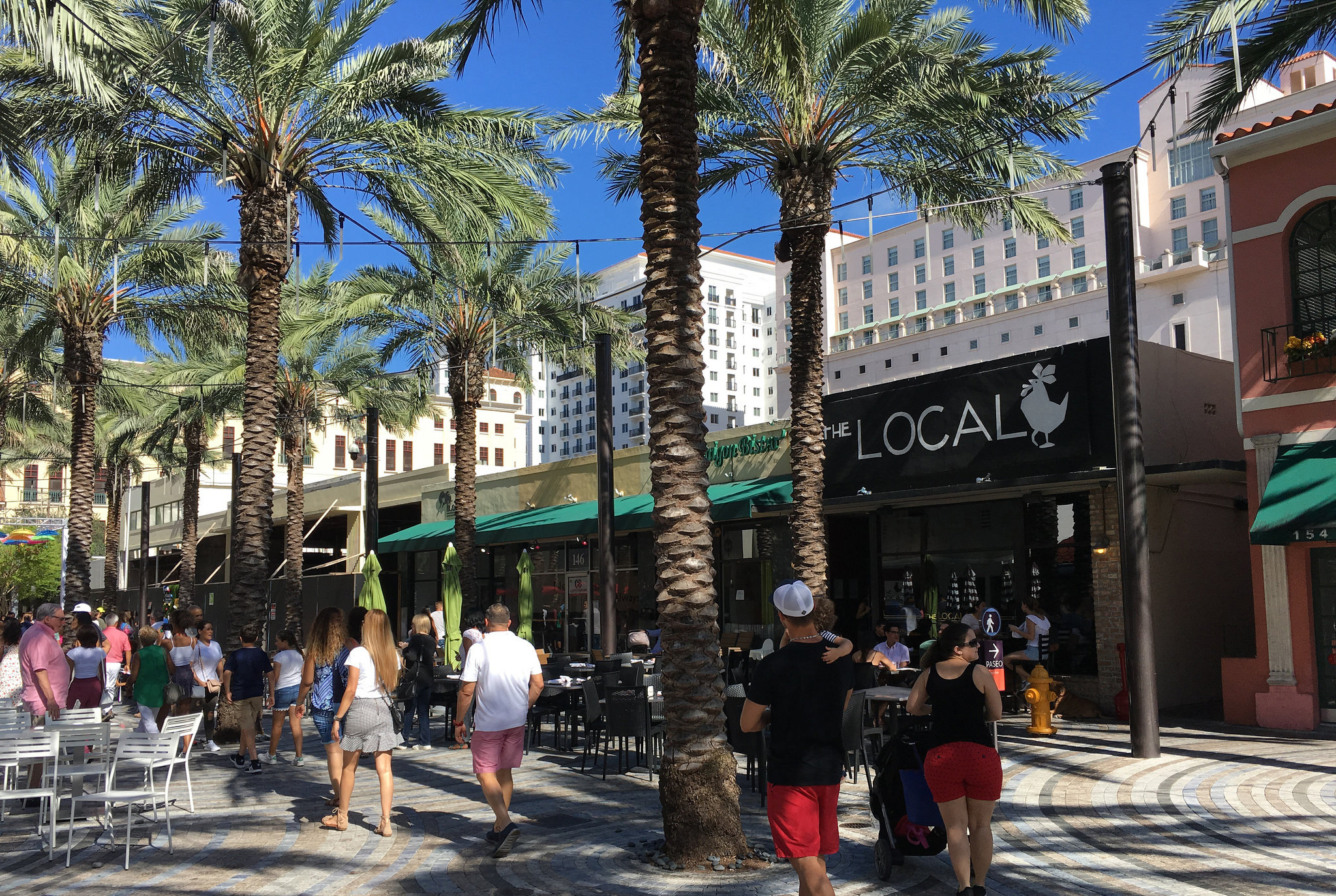 Coral Gables makes for a popular excursion from Miami, but it’s also a fine base itself, with plenty of accommodation options to be found. If you’re planning a trip to south Florida and like the idea of staying somewhere that’s a little way off the tourist trail, Coral Gables could be the place for you. To help nudge you in this direction, we’ve picked out 12 of the best things to see and do here.

Culture vultures shouldn’t miss the chance to visit this exceptional museum, located on the University of Miami campus and featuring an extensive collection of more than 17,000 Egyptian, Greek and Roman antiquities. Since opening almost 70 years ago the museum has grown dramatically, extending beyond its original purpose by serving as a teaching resource for the university, as well as a hugely popular attraction with both locals and tourists. Don’t miss the pavilion dedicated to eye-catching glassware from down the ages. 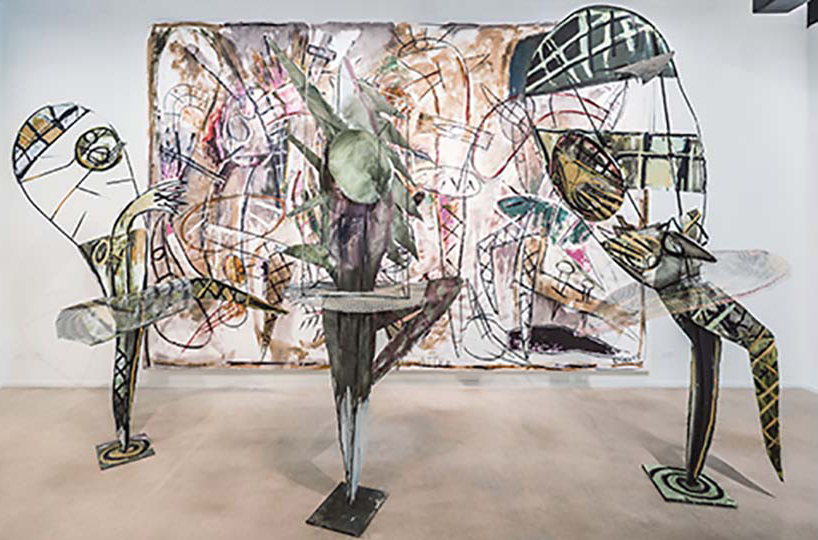 Step back in time to the Prohibition-era at this iconic hotel, which once played host to celebrities, socialites, royalty, and even President Franklin D. Roosevelt. As well as a favourite haunt for the rich and famous, it’s also said to be ‘haunted’ in another respect, after the grisly murder of a renowned gangster took place here during its 1920s heyday. Nevertheless, this has only added to its contemporary appeal, with guests attracted by lavish amenities including a world class golf course, an indulgent spa and a sumptuous restaurant. For those who’d like to simply have a look around, the hotel also runs regular ghost-themed walking tours. 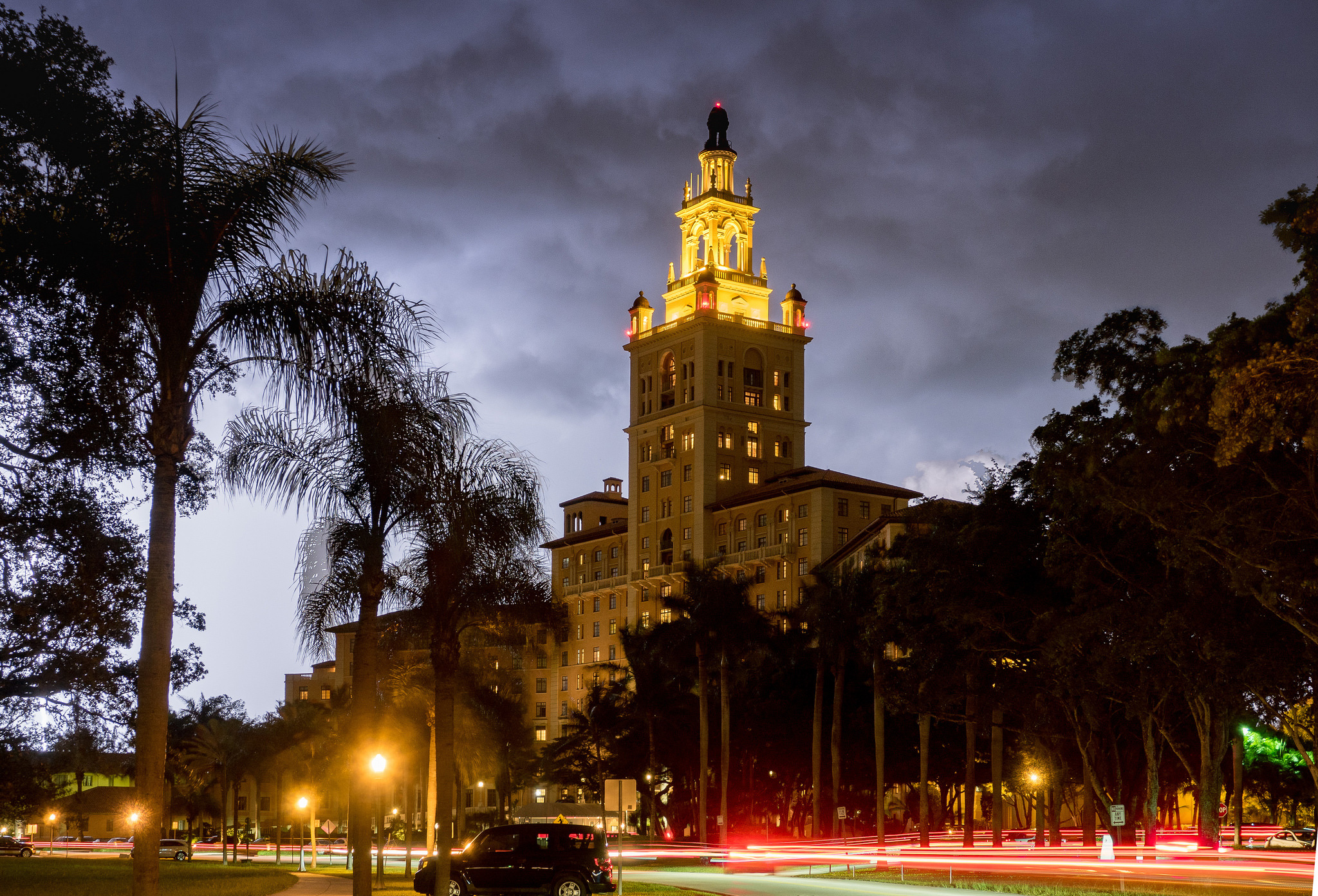 Drawing thousands of visitors every year, this is without question Coral Gables’ most unique attraction. Created by real-estate developer George Merrick in the early 1920s from a coral rock quarry, the 820,000-gallon, aqua-blue freshwater pool offers refreshing respite from the summer sun amid a truly mesmerising setting. There are grottos and waterfalls, tropical foliage, a cave, a mini sandpit and two historic lookout towers that help create lasting memories for all who come here. 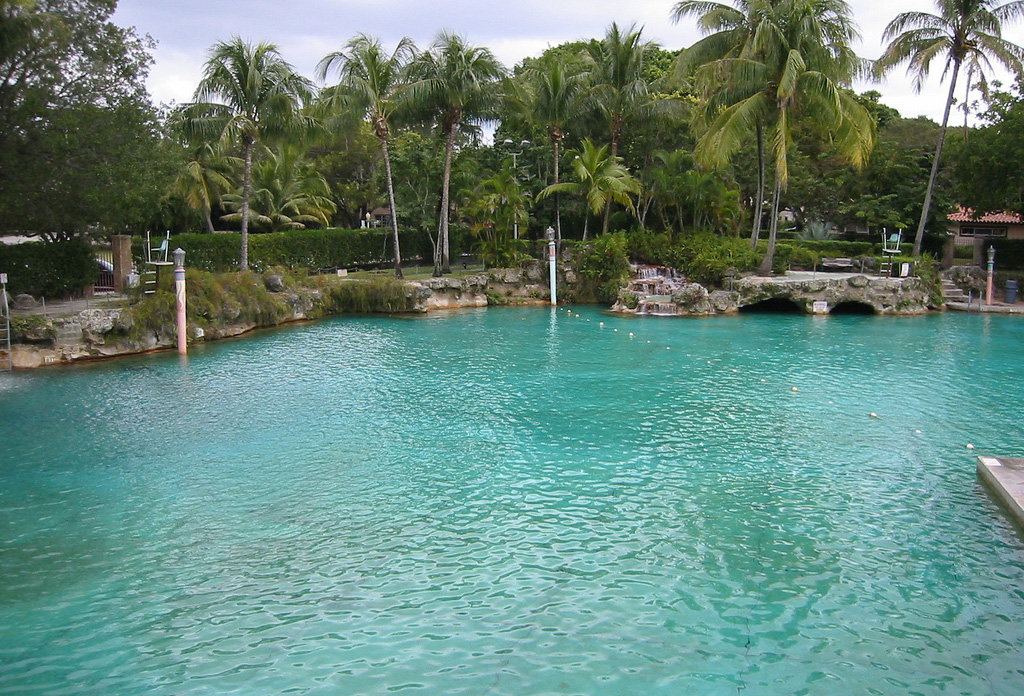 Perhaps the most tranquil corner of Coral Gables is this verdant oasis spread across 83-acres. A paradise for horticulture enthusiasts, the acclaimed botanical gardens are home to a lush rainforest with a stream, a waterfall, a sunken garden, a vast vine pergola, and an array of rare palms, orchids and other flora. For those keen to learn more about the tropical world, there’s also a museum dedicated to plant exploration. Be sure to check out schedules before your visit, as regular festivals are staged here too.

The epicentre of Coral Gables’ vibrant theatre scene is this popular playhouse located at the Miracle Theatre, a striking art deco space that has been dramatically revamped in recent years to the tune of a cool $8 million. An extensive and diverse programme of plays are staged here all year round, with everything from intense dramas to musical theatre, children’s theatre and comedies featuring on the line-up.

The city’s most fashionable areas for shopping and dining, Miracle Line is where to head to experience Coral Gables at its buzzing best. Located in the city’s downtown district, the pretty tree-lined avenue is home to a huge assortment of fashion boutiques, jewellery stores, bars and restaurants, with a huge range of cuisines on offer. Whether it’s craft cocktails, ice-cold beer, pizza, pasta, or mouth-watering Caribbean fare you’re after, you’re certain to find it here. 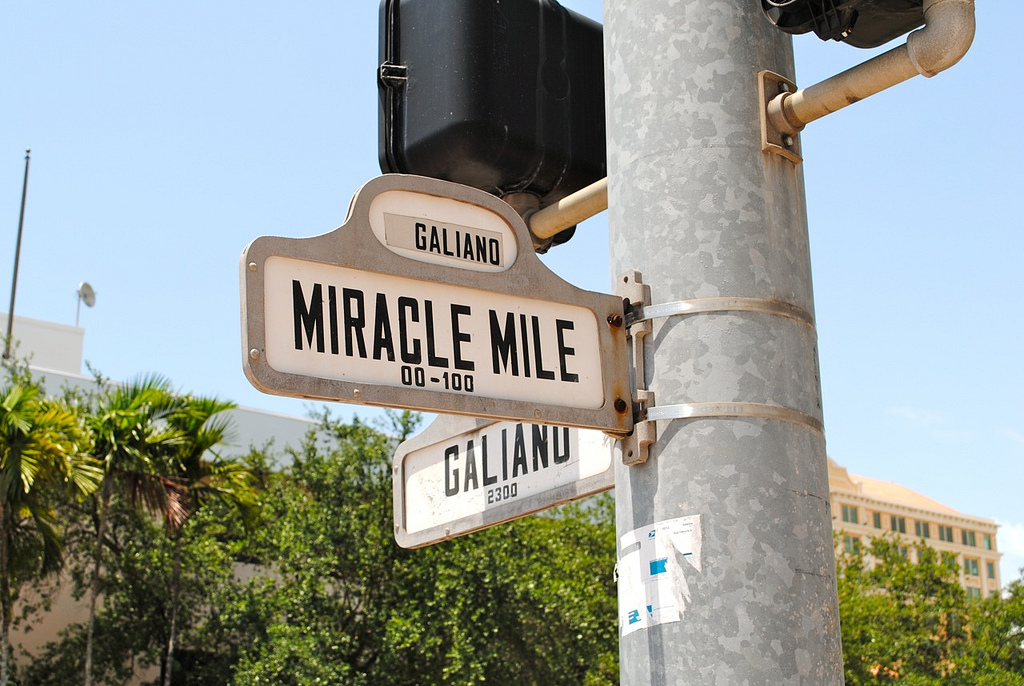 Listed on the National Register of Historic Places, the building housing this museum has a colourful history, having originally served as the first court in Coral Gables, as well as a fire house. But the interest extends far deeper than its exterior. Step inside and you’ll find a veritable potted history of the city, documenting its early settlers, its European-style architecture, and the melting pot of cultures that makes up modern day Coral Gables. There’s also a large plaza where street fairs, exhibitions and costume contests take place throughout the year. Guided tours are held every Sunday. 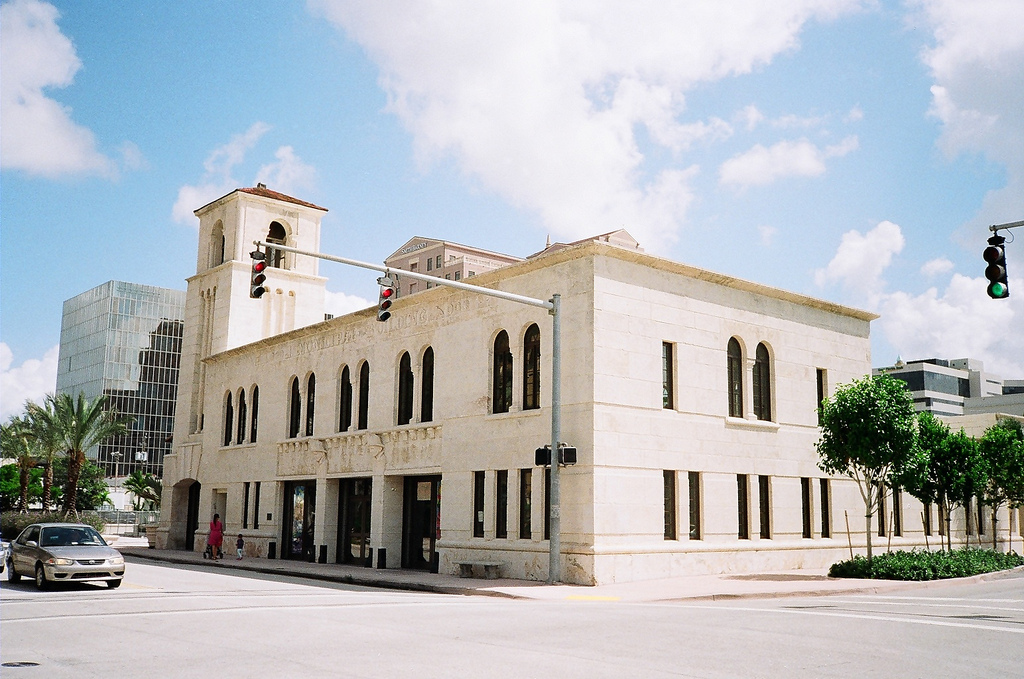 Spread across 600-plus acres, this fabulous waterfront park offers the great outdoors at its finest. There’s a wide array of water-based activities to enjoy here, including swimming, boating, fishing and kayaking, along with a small, man-made beach where visitors can relax and unwind after their fun-packed exertions. Back on terra firma, you can also indulge in biking, while picnic areas offer the chance to refuel amid delightful scenery. 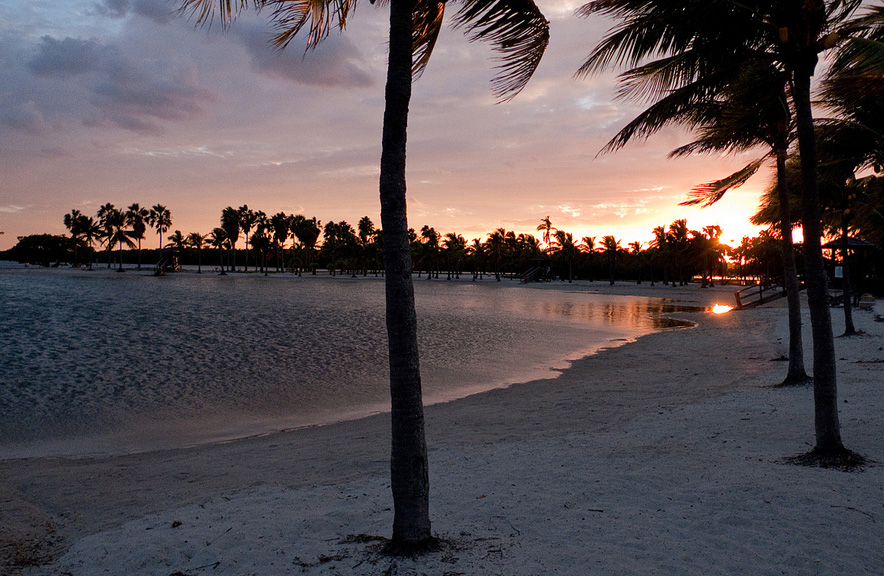 Taking place along the streets of Coconut Grove, a delightful village a few miles outside of Coral Gables, this is one of the most eagerly awaited events on the city’s cultural calendar. Held each President’s Day Weekend, the festival is teeming with live music, exquisite food and enough art for you to shake a paintbrush at. The mile-long stretch serves as a platform for hundreds of artists to showcase their creative talents, with everything from paintings, watercolours and photography to sculptures, jewellery and glasswork for sale.

Dating back to the turn of the century, this fully restored house boasts a prestigious past, having been the boyhood home of George E. Merrick, founder and developer of the City of Coral Gables, no less. Today the property has been delicately returned to its 1920s appearance, complete with much of the original art, furniture and private treasures from its previous incarnation. The home and its large grounds are open to the public on Wednesdays and Sundays, when guided tours are held. 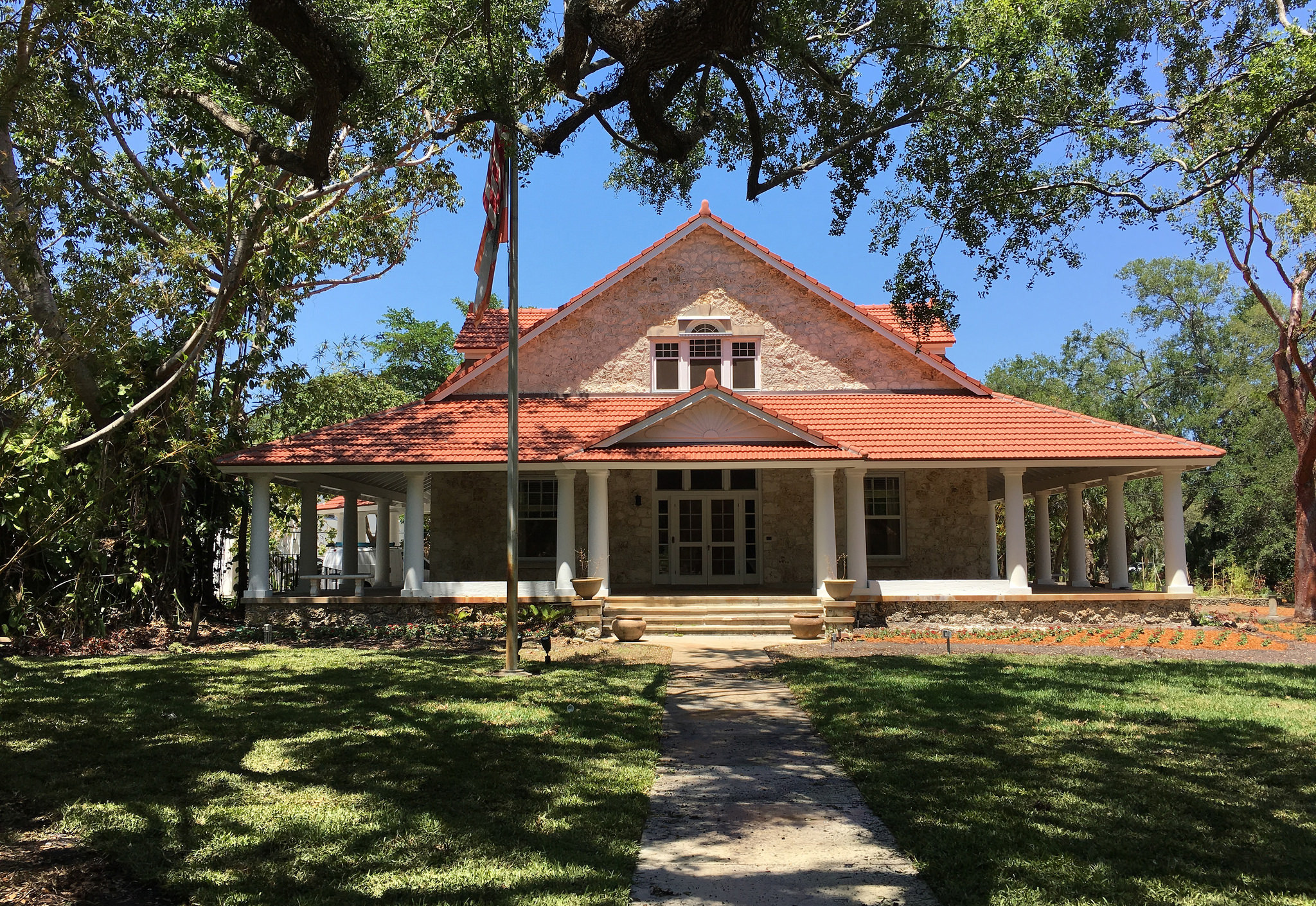 Coral Gables Festival of the Arts

Now in its 6th year, this is another major annual event for Coral Gables’ active arts community. Featuring over 200 fine art exhibitors, the festival is a celebration of the city’s artistic gifts, with many local talents using it as a platform to raise their profile – not to mention earn themselves some cash by selling their creative wares. For visitors, not only is it a colourful occasion, but also a great chance to pick up some artsy and affordable souvenirs and gifts such as pencils, watercolours, pastels, charcoal and ceramics. 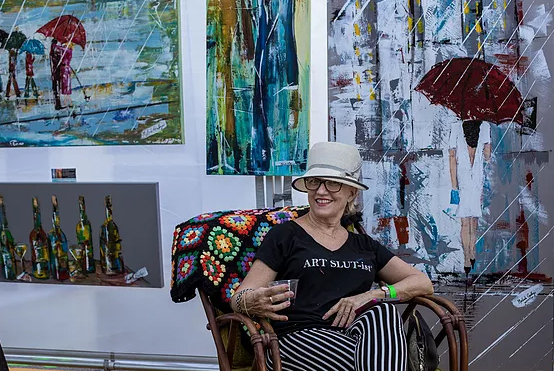 Book shops are an increasingly endangered species, and so for the ones that remain it’s a matter of survival of the fittest. Happily for Coral Gables’ bookish types, this charming independent store is alive and kicking and continues to be the city’s focal point for literature, offering everything from new releases to classics, along with almost-daily author events and monthly philosophy and poetry gatherings. There’s also a popular café-restaurant where visitors can get nose deep into a book over a cup of tea or a light meal.