Situated on the east coast of Florida, the city of Hollywood is a world away from its eponymous Californian counterpart. While the duo each inhabit an expansive shoreline, they are both highly distinguishable in their look and feel. At the heart of life in the bustling city is the sun-kissed Hollywood Beach, but venture inland and you’ll discover a diverse cultural scene. An open-air ampitheatre and fountain are two notable attractions, while the city’s smattering of cultural institutions play host to a rich programme of exhibitions and performances throughout the year. 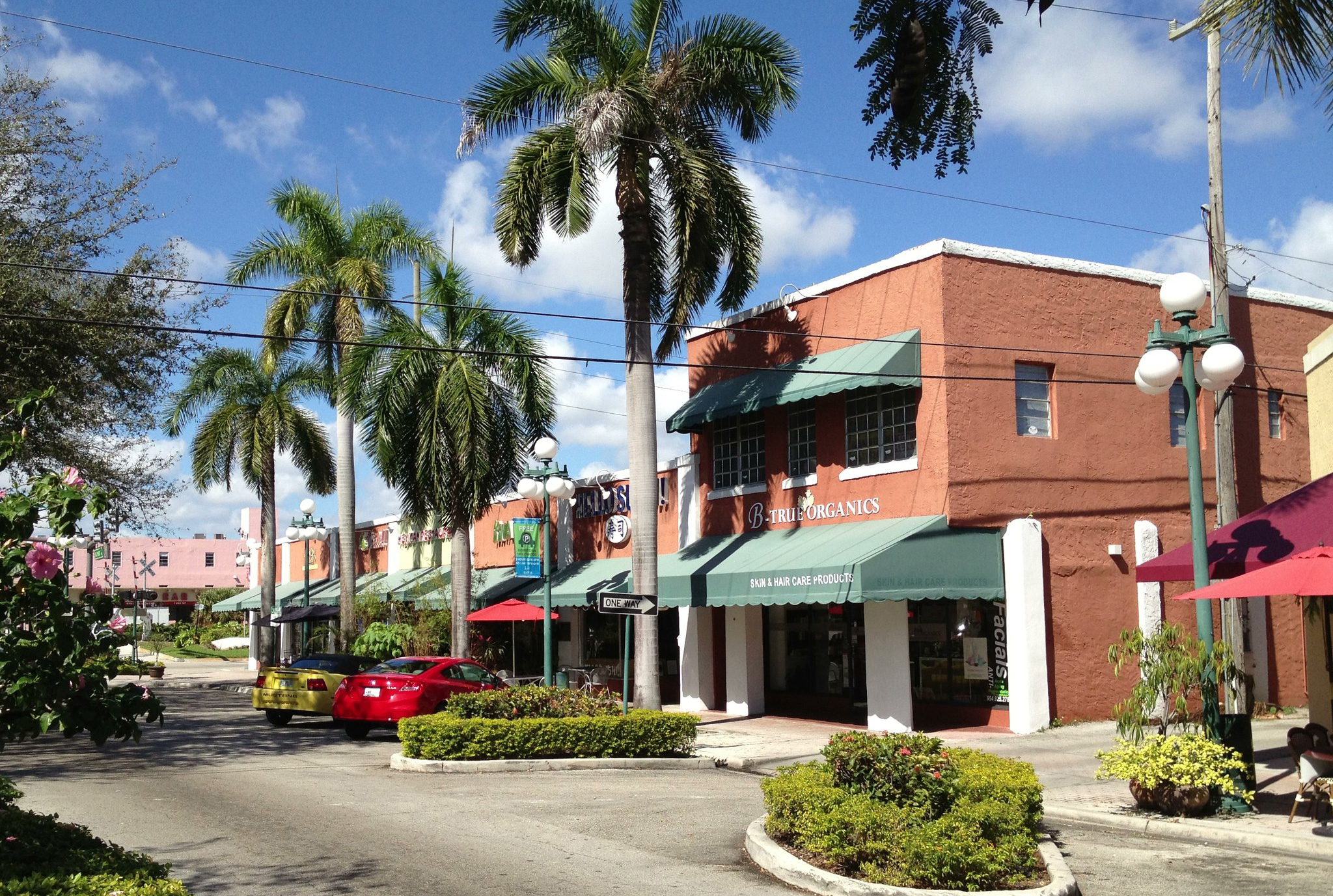 A view of downtown Hollywood in Florida (Photo: Phillip Pessar via Flickr / CC BY 2.0)

Whether it’s culture or nature that floats your boat, there’s no end of fun and exciting ways to spend your time in Hollywood. To help inspire you ahead of your visit, we’ve picked out 12 of the best things to see and do here that will give you plenty of food for thought as you start piecing together your itinerary.

Art and Culture Center of Hollywood

At the heart of Hollywood’s active arts scene is The Art and Culture Center, which offers contemporary gallery exhibitions along with regular visual and performing arts shows. The centre places a strong emphasis on giving new and emerging artists a platform to showcase their talents. The building itself is also impressive, and has been designated as a significant historical structure by the state of Florida.

Nestled inside Topeekeegee Yugnee County Park, a ten-minute drive north of central Hollywood, Castaway Island is a popular spot for families looking to cool off during a hot summer’s day. There’s an excellent water park, a swim lagoon and a large scenic lake, along with covered playgrounds, picnic shelters and other shaded areas for those who prefer to avoid the blazing sun. A concession stand offers ice creams and other refreshments.

Anyone with an interest in the antediluvian art of glass blowing can pick up some rudimentary skills at Hollywood Hot Glass. Here you can participate in group sessions, walk-in workshops or private tutorials, where you’ll learn how to craft everything from ornaments to vases to tumblers. You’ll also get to carry away the ultimate memento – your own unique piece of glass artwork. Each month, visitors to Hollywood can join in with an artwalk that takes you on a whistle-stop walking tour of the city’s vibrant arts scene. Over several hours you’ll visit several downtown shops and galleries as well as immersing yourself in street art, cultural entertainment, live art performances and plenty more. Popular stop-offs will include a peek around an artisanal market and the chance to marvel at the unique Downtown Hollywood Mural Project.

If Florida is flush for something then it’s wildlife. One of the most popular wildlife spots is the Anne Kolb Nature Center in Hollywood, a large urban park that’s home to some 1,500 acres of coastal mangrove wetlands. The venue is awash with native vegetation and exotic animals, including numerous endangered species. As well as wildlife spotting, there are plenty of other activities to enjoy here too, including an observation tower offering stunning views, fishing off a pier, an aquarium, walking and paddling trails, and biking and boating. No trip to Hollywood is complete without a visit to the city’s sandy shoreline and the most popular stretch is at North Beach Park. The 56-acre space offers easy access to over a mile of public beach along with beautiful views of the Intracoastal Waterway. Café, an observation tower, and fishing piers. There’s also a snack bar and a picnic area where visitors like to set up BBQs and sound systems.

For a fun-packed family day out, you’ll struggle to find anywhere better in Hollywood than Flippers. This family entertainment centre is jammed full of kid-friendly facilities, including a movie theatre, a video-game arcade, interactive activities, and a snack concession. Whether it’s blockbuster Hollywood thrillers or Pixar animations that your family loves, then you’ll find Flippers the perfect place to while away a rainy afternoon.

Perched on the on the Intracoastal Waterway close to Hollywood Beach, this bustling bar and grill is one of Hollywood’s quirkiest entertainment and dining spots. Boasting a rustic indoor-outdoor setting, the eatery dishes up an array of mouth-watering snacks, exotic beverages and live music, all with the idyllic sandy shore within coughing distance. There’s also an inviting firepit to keep customers toasty once dusk arrives, plus a water taxi stop where visitors can jump aboard for paddle boarding and kayak excursions. Fans of ceramic art should head to this exceptional museum, which houses a world class collection of European ceramics stretching back over two centuries, with notable names from the annals of decorative arts such as Wedgwood, Royal Doulton and Lladró all represented. In addition to the impressive assortment of pottery and porcelain, the museum also displays important works from the studio glass movement of the 20th and 21st centuries.

Towering over Florida’s Turnpike is this eye-catching hotel shaped like a guitar. Part of the Hard Rock Café rock and roll chain, the hotel is a new addition to Hollywood’s landscape, and features an array of lavish amenities including a 10-acre lagoon-style pool with Bora Bora-style cabanas, private villas with plunge-pool access and butler service, water-sport activities, 30 restaurants and bars, a concert venue, boutique stores, a state-of-the-art spa, and a casino.

If you like the idea of exploring a city with the wind in your hair, but don’t fancy boarding a bike or traipsing around on foot, then a Segway tour is the perfect option. A handful of companies host Segway tours that invite guests to navigate the city’s streets on a high-tech Segway as part of a group of like-minded visitors. During the tour an experienced guide will give you the lowdown on the city’s rich and diverse history. For a thrilling evening out in Hollywood, Tatiana is the place to be. This vast, kitsch supper club is characterised by Eastern European-themed, cabaret-style entertainment that runs long into the morning, for seven days a week. High-profile singers, dancers and DJs from across the globe regularly perform here, while a substantial menu of Russian-style food and drink is also on offer.